The Most Travel Friendly Cities in Europe Revealed

There is a lot to consider when planning your perfect city getaway: the accommodation, sightseeing, activities and more.

But what remains vital to the smooth-running of a holiday, which many of us seem to overlook, is the airport transfer. Travelling to your hotel in an unknown city can be daunting, not to mention expensive. 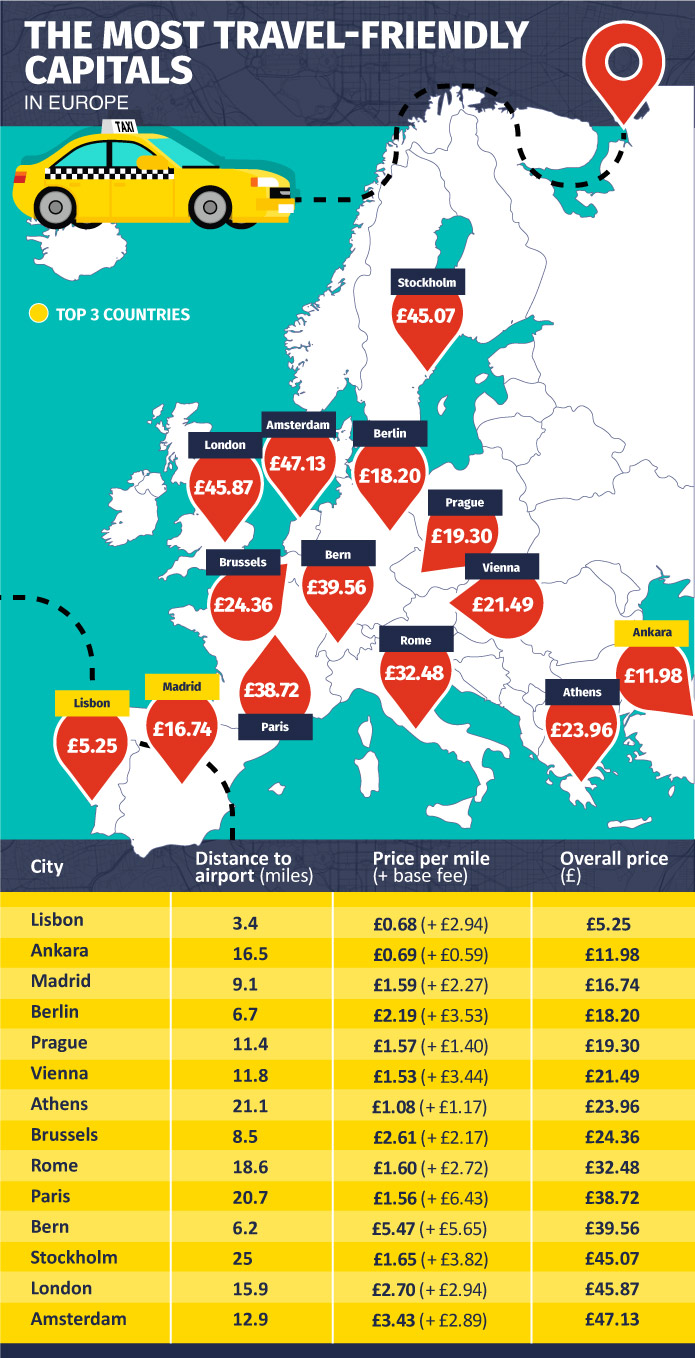 ‘REVEALED: The Most Travel Friendly Cities in Europe’

To clear the air of uncertainty, airport transfers company Taxi2Airport.com has investigated the most travel friendly cities in Europe.

Analysing data provided by Taxi-Calculator.com, the average price to travel from the city centre to the main airport (or vice versa) for 14 European capital cities has been calculated, taking into consideration price per mile, base fares, and distance*.

Which cities are the cheapest?

For the cheapest airport transfer, results show that Lisbon is the place to be – for a 3.4-mile journey from the city’s airport to centre will cost travellers a mere £5.25.

Meanwhile, the remaining top countries for cheap travel are as follows:

Which cities are the most expensive?

Taxi2Airport can reveal that, at a whopping £47.13 (12.9-mile journey), Amsterdam tops the table as the most expensive capital city to reach, from Amsterdam Airport Schiphol.

The next most expensive city is, less surprisingly, London at £45.87 for 15.9 miles – to or from London Heathrow.

In third place is Stockholm. The city’s low fares of £1.65 per mile (and £3.82 base fee) are unfortunately cancelled out by the distance required to reach its airport, Stockholm Arlanda Airport (25 miles) – as such, the overall total becomes £45.97.