With the relatively recent release of the latest generation of games consoles in the form of the PlayStation 5 and Xbox Series X, you’d think the focus of the gaming community would be firmly on the future of the industry. And it is, to some degree, but there are also happens to be a considerable subset of gamers looking in the other direction to the consoles and titles of yesteryear.

Retro gaming is an ever expanding and never-ending industry. With every year that goes by, more parts of the industry’s history are welcomed into the family. Today, retro gaming is more than just the classic Ataris and early Nintendos of the 80s and 90s, and the appetite among the gaming community to revisit games they once played new has arguably never been greater.

Gaming represented a huge part of childhood for many a Millennial and back-end Generation Xer. For many Milennials in particular, they have grown with the industry and stayed engaged with it, and gaming is certainly no longer just a children’s pastime. For those more hardcore gamers in particular that still play today, their love affair with gaming will have begun with now rudimentary titles on the likes of the PS1, N64 and Xbox and games that helped shape their adolescence, and to be able to revisit them undoubtedly carries a certain sense of something special with it.

While the titles of today carry with them unrivalled graphics, expanse and spectacle, for many, nothing will match the excitement and magic that came with the ground-breaking and industry changing releases experienced back in the day.

While the latest Xbox and PlayStation will set you back an eye watering £450 (if you can get one at retail price, that is), revisiting older generations is a much more affordable prospect altogether. For those interested into the games of the late 90s and early 00s, the mass-produced nature of the consoles during that period makes them relatively easy and inexpensive to come by. Meanwhile, the gaming joys of earlier Ataris, Commodores and Nintendos needn’t require what are now highly collectable and pricey consoles, and can be instead recreated in a simple, alternative manner.

The limited complexity of retro games (even up to the titles found on the first PlayStation) means they can be programmed easily onto the likes of a Raspberry Pi 4 micro-computer (which will set you back no more than £100) that can recreate any game you wish to experience again.

Continuing with the accessibility theme but in a different regard – modern gaming is hard. Complex controls, ferociously competitive online communities and time demands to make progress in highly detailed and deep game modes are fantastic features for some, but certainly not for others.

For the more casual gamer, the rigours of modern gaming may seem a bit full on, especially if you just want a quick, light-hearted game with family and friends. Retro gaming offers just that, providing gamers with simple controls, easy to understand gameplay and short and snappy modes. Thus, if you’re looking to have some parent-child bonding time or just have a laugh with some uninitiated pals, an old-school game often offers everything you need and nothing more.

Become part of a community

Statista reckons there are a mere 2.7 billion gamers in the world, so when we talk about the gaming community, we’re really talking more about a goliath superstate. Within that community, however, are various subsections, from professional gamers and serious online competitors through to more easy going, accessible communities. The retro community undoubtedly finds itself at the latter end of that spectrum as an incredibly open and friendly bunch of people to get involved with. Generally more focused on fun, nostalgia and collecting, you’ll find a host of podcasts, blogs and magazines to get involved with, which can help take your interest in the hobby to the next level.

While we’re all excited to see the capabilities of the newest generation of consoles and beyond, retro gaming will always hold a special place in the wider industry and carry a huge following with it. Whether you want to revisit fond memories of times gone by or just enjoy a more accessible side of gaming, going retro is a fun and easy way to be part of the gaming community. 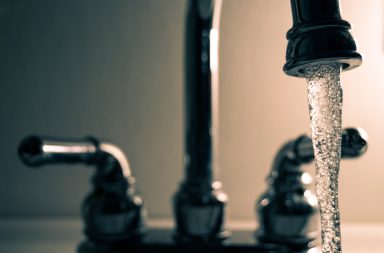