Millions of eligible parents are being encouraged to take up the UK government’s Tax Free Childcare scheme in light of low take-up rates, meaning millions of pounds are going unclaimed. Tax preparation specialist David Redfern, managing director of DSR Tax Claims Ltd, urged parents to explore the childcare scheme which could be worth up to £2,000 each year per eligible child. However, Redfern also advised HMRC to ensure that the scheme was fit for purpose to ensure maximum childcare support for working parents.

The Tax Free Childcare scheme was introduced in April 2017 as a replacement for employer-based childcare vouchers and was expected to offer up to 2 million families with eligible children up to £2000 per year per child in tax relief on their childcare costs. However, current estimates show that only 5% to 7% of eligible families are using the scheme. Redfern commented “The Tax Free Childcare scheme is basically a form of tax relief on childcare costs. For each 80p a family pays into their online government childcare account, the government adds 20p – equivalent to basic rate tax, meaning that parents can potentially receive £2,000 per year per child towards their childcare costs, which is a massive boost when looking at the expense of childcare”. Parents can receive tax free assistance on childcare costs up to £10,000 per year and parents with children aged 11 or under are entitled to claim this tax relief, with parents of disabled children able to claim up to £4000 per year until the child turns 17.

Parents can use their online childcare funds on approved childcare to suit their needs with school breakfast and afterschool clubs being authorised along with registered nurseries and childminders. They are eligible to claim the tax relief as long as they are in work, or on approved leave, and earning at least the National Minimum Wage or Living Wage for at least 16 hours a week. Redfern highlighted further eligibility criteria, stating “Both parents need to be working at least 16 hours per week and meeting the earnings threshold, although self-employed parents don’t need to meet this earnings threshold if their business is less than 12 months old. However, if one parents earns more than £100,000 per year, they are no longer eligible for this tax relief and neither are parents whose children don’t live with them, or foster parents”. Parents who receive Working Tax Credit, Child Tax Credit or Universal Credit are also not eligible to take part in the Tax Free Childcare scheme.

Redfern acknowledged that there had been previous issues with the scheme, including payment issues last November leaving thousands of parents with unpaid childcare bills. He added that many parents felt that they were better off under the old childcare voucher scheme. He encouraged parents to clarify their position by using HMRC’s online calculator to determine which method of tax relief (including Tax Credits) would be most beneficial to their family’s finances. However, he commented “There is a perception that the voucher scheme was superior to Tax Free Childcare, but not all employers offered the voucher scheme whereas Tax Free Childcare is open to all eligible working parents, including those who are self-employed which can only be a positive step forward. Therefore, it is crucial that HMRC encourage higher uptake rates of the current Tax Free Childcare scheme. Millions of families are failing to take advantage of this valuable area of tax relief at a time when family finances are being squeezed from all sides However, HMRC also needs to ensure that parents are not left out of pocket by systems failures – parents need to know that their childcare costs are going to be covered without difficulty or delay”. Despite a rush to apply for the childcare voucher scheme before entry closed, parents who were not already receiving childcare vouchers no longer have the option to join the voucher scheme. Parents are advised to check their eligibility for Tax Free Childcare and apply online. 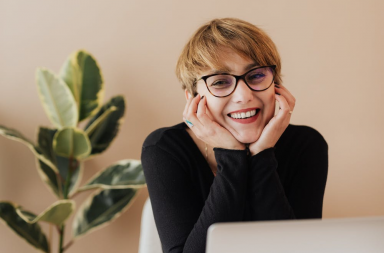