Renewable energy is now 13.2% of the world’s used energy and this number is rapidly growing.

Millions of people are starting to notice the appeal of this energy and what it has to offer. As non-renewable energy sources start to dwindle away into nothingness, solar and wind energy to name a few are starting to pave the way for long-term development in this sector.

As people continue to learn more and more about this type of energy and what it brings to the table, here is more on the subject.

What is Renewable Energy?

In general, renewable energy refers to a never-ending source that can continuously be replenished. It is formed with the help of natural processes (i.e. water waves, wind, geothermal heat) and can be optimized into usable energy.

The beauty of this type of energy is seen in its ability to remain consistent, efficient, and useful. The energy can never be destroyed, ruined, and/or exhausted. Continuous research is being done on this subject with attention to detail on the variations. Renewable energy is an umbrella term and has various nuances to it that are appealing to the masses.

“If each of us, homeowner and business owner the like, just insist from our energy suppliers that our energy source is from renewable technologies we would reduce the carbon footprint by 72% nationally in the in the next 2 years alone.”

Caption: Tom Cummins, CEO at American Power and Gas has as his mission to spearhead renewable energy in the USA. 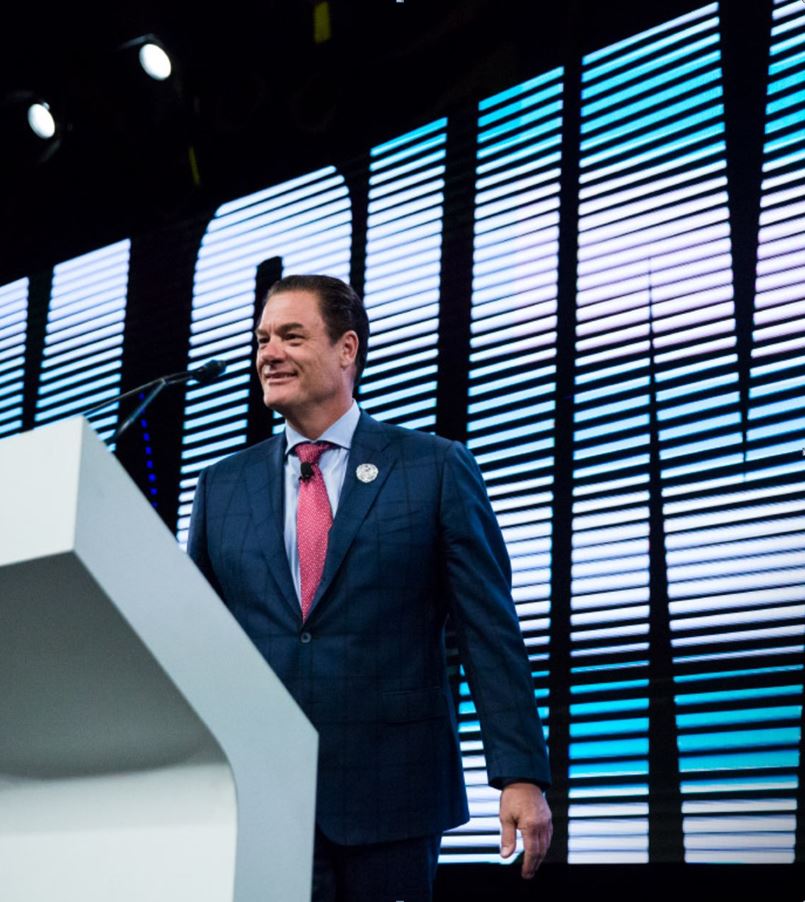 Tom Cummins, CEO at American Power and Gas has as his mission to spearhead renewable energy in the USA

Why is Renewable Energy the Future?

It is the logical step forward as non-renewable sources dwindle away. There is a finite amount of these resources and just like anything else, they will start to deplete until there is nothing left to use. With this in mind, a lot of attention is being diverted to renewable energy sources since they aren’t going to die out and have the ability to act as an active replacement for non-renewable sources. This is intriguing for some of the brightest minds in the world and that’s why it continues to become a plus point for those wanting the best.

Since it is renewable, the energy will never die out and that makes it cost-efficient. It is just like anything else where the price can only rise if supply diminishes. In this case, the supply will not be diminishing, and it is all about optimizing its presence.

Whether it is solar power, wind energy, or any other form of renewable energy, it will remain cost-efficient after the initial investment is completed. There are long-term advantages of putting money into this and that’s at all levels (residential, commercial, institutional). All parties are intrigued by what it has to offer.

While the main advantage is reusable energy and cost-efficiency, there’s additional value in eco-friendliness. Being able to keep the planet safe and use a natural source of energy has a range of advantages in the long-term.

This is one of the reasons it has become such an appealing requirement. Whether it is a residential property or a commercial enterprise, renewable energy has a wide array of advantages that make it appealing to everyone. This includes its impact on the planet and how it reduces the natural stress that is put on it by humans. With the help of solar and wind energy, it’s possible to make noteworthy changes to how things are done.

Maintenance is one of the primary advantages of using or implementing renewable energy. Whether it’s solar energy or wind energy, the beauty of these solutions is their longevity. Since non-renewable energy tends to fade away and will eventually run out, it is not going to be an issue here. The maintenance will never be a problem with how technology has progressed and it’s the reason companies such as American Power and Gas stand out.

It’s important to appreciate what some of the greatest minds in the world have had to suggest about renewable energy. Numerous scientists and environmentalists have emphasized the value of spending time and money on this subject as soon as possible. It is the way of the future and is one of the most proven options available to the world right now. Being able to tap into these energy sources is the way to go and something that will continue to grow with each passing day. This is why it holds such value.

On a Mission: Tom Cummins on Renewable Energy

CEO Tom Cummins has been at the head of this company’s progress and has highlighted numerous benefits about what renewable energy brings to the world. He has stated there has been a tremendous increase in the number of people seeking and/or using renewable energy. He also has been quoted suggesting this form of energy is the future regardless of the government’s interest or not. If the government doesn’t supply research money, there will always be someone else ready to pick up the tab. This is an industry that will not be going away as it has a number of benefits that are important to the world as a whole.

American Power and Gas is a prime example of a company that is a great provider of this energy and will continue to remain at the forefront of what’s taking place. The company continues to grow with each passing day and is moving forward rapidly.