In mid 2015, Jim Dunphy, owner of the Edmunds Bar and Grill as it was then called, was looking for an opportunity to refresh his Birmingham City centre pub and give it a point of difference over his competition. Acknowledging the growth in popularity of small batch beer, and the growing demand for local products, Jim started to look into options that would allow him to brew his own beer. He quickly realised however, that the space required for a traditional brewery set-up was more than his premises could accommodate.

It was then he came across the DigiBrew microbrewery from Craftmaster. Not only did it cost a quarter of the price of the alternatives, it also had a much smaller footprint and would fit within the space he had available. He was able to visit another pub already using a DigiBrew microbrewery and, after tasting the beer, he was confident enough in its quality and made the decision to purchase his own system.

Commenting on the move, Jim said: “Brewing our own beer had interested me for a few years, but the space required and the technology and knowhow needed had made it impractical. The DigiBrew microbrewery has enabled me to brew on site, producing the high quality beers I know my customers demand.“

An order was placed and Jim’s plan to rebrand the pub as Edmunds Brewhouse got underway. Installation was a breeze and the Craftmaster team were with him every step of the way. They even helped him test and develop the recipes until he settled on three beers that became his core range – a Golden Hop, an American Session IPA and an English Pale Ale. The launch was a huge success, customer numbers grew from day one and wet sales were soon a steady 20% higher than before. His initial confidence was confirmed when Edmunds Brewhouse received their next visit from the Cask Marque assessors. The pub, and their three new own brewed beers, passed with flying colours.

The DigiBrew microbrewery is a semi-automatic brewing system specifically designed for the pub and bar market. It has been developed to be as small as possible and can be installed in kitchens, storerooms or cellars – anywhere there is electricity, water and drainage.

Its ease of use, and automatic functions – which can be monitored and controlled via a smartphone – mean quality cask beer, costing less than half that of bought in beer, is possible after just a few hours training. Consistency is maintained through the automated processes and the quality fresh ingredients that can be supplied by Craftmaster, weighed, prepared and ready to brew.

While the critical elements of the brewing process are controlled by the DigiBrew, users retain control over the body, bitterness, flavour and aroma of their beers and a qualified Master Brewer is on hand to give help and support with brewing related questions and to help develop recipes to guarantee brewing success and customer satisfaction.

Mark Wright, general manager, and now brewmaster, at Edmunds Brewhouse said: “Brewing nine gallons at a time means we are always selling our beer at its freshest and it gives us the option to react quickly to customer feedback. As a result, two of the three beers we brew are among our top five sellers. And although the system is semi-automated to control consistency and quality, I like the fact that I have control over the ingredients and as a result the end product.“

A year on from the launch, profits at Edmunds Brewhouse have increased by 6%, Jim’s initial investment has been repaid and he’s just ordered his second DigiBrew to extend supply to his other pubs. Meanwhile, Craftmaster have recently introduced a rental option for the microbrewery, to enable even more pubs and bars to benefit from the potential it offers.

Nigel Roberts of Craftmaster commented: “Our existing customers have seen huge benefits once they begin to use our DigiBrew system, so we wanted to make it more accessible. We know how reliable our equipment is and that it will last for years, so we made the decision to make it available to rent. At the end of the rental our customers can buy the equipment so their premiums are not wasted. 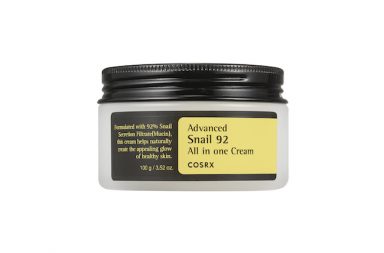