The Fast Growth Entrepreneurs Club is delighted to announce that Paul Currie, founder of The Lakes Distillery, will be the guest speaker at the next meeting of 2014 on Tuesday 16th September. The Club will be hosted at Holborn Bars, 138-142 Holborn, London EC1N 2NQ 6-8.30pm. Guests are leaders of fast growth businesses, investors and advisors.

Paul Currie grew up around whisky. His father was MD of a global whisky business and in 1995, father and son joined forces to set up the Isle of Arran Distillers, the first new independent whisky distillery in Scotland for many decades. As managing director of the company, Paul oversaw the successful opening of the distillery, whose products were launched in Europe, Asia and North America. A number of prestigious awards were won – including Scottish TV’s ‘Best Young Business’ Award as well as the Scottish Trade International’s ‘New Exporter of the Year’ Award.

Paul moved on from Arran and is pursuing his dream of establishing the first ever official distillery in the Lake District, but success hasn’t come easily. Paul’s search to find the perfect location, the right team, specific resources (namely a source of water), secure funding and navigate numerous planning regulations has taken him over three years. Finally this month, The Lakes Distillery starts producing malt whisky, gin and vodka.

The Lakes Distillery has also launched the first ever blend of British whiskies, The ONE, and has secured distribution across The Netherlands, France, Belgium and The UAE, with many more markets set to launch in the next year.

This is a story of hope, faith, luck and love – the motto of The Lakes Distillery.

“Whisky is an extraordinary product, with an uncanny ability to bring a sense of goodwill and good humour to those who enjoy it.” – Paul Currie

If you are a high net worth private individual investor seeking fast growth opportunities, or a CEO of a fast growth company then this is the club for you. The Fast Growth Entrepreneurs Club is for innovative leaders of growing businesses and has a strong belief in face to face networking and relationship building, it is the perfect environment to share ideas, provide inspiration and mutual support. Past speakers include the entrepreneurs Russell Hall of Hailo, the taxi app; Luke Johnson; James Averdieck of GU Puds; Chairman of Invest UK Rupert Gather; co-founder of SNOG Pure Frozen Yogurt, Rob Baines, Kevin Byrne of Checkatrade.com, David Hathiramani of A Suit That Fits, Dessi Bell of Zaggora, Laurence Kemball-Cook of Pavegen Systems and Martyn Dawes of Coffee Nation.

Fast Growth Entrepreneurs Club is sponsored by Santander UK Breakthrough, Kingston Smith and Devonshire Corporate Finance and supported by media partner Squaremile.com. Admission to the events is by invitation only. If you wish to become a member you can register at: www.fastgrowthentrepreneurs.com. 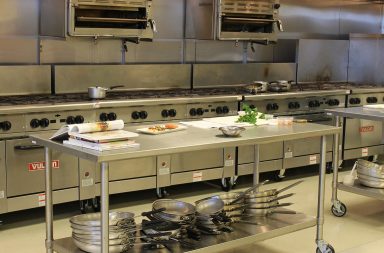 4 Things You Should Know Before Buying a Commercial Range 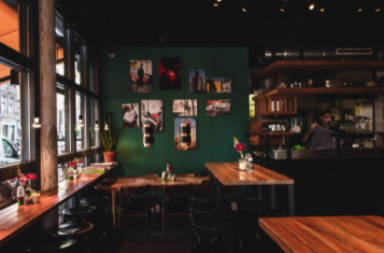 Why Western Sydney Is Great for Casual Dining

Stand Out From Your Competitors Post-Lockdown: 4 Ways You Can Attract More Customers To Your Coffee Shop