Mango PR is appointed by Thai Airways as UK Agency

Mango PR has been appointed by Thai Airways International PLC (THAI) as its new PR agency in the UK, with immediate effect.

Mango PR will work closely with the airline’s UK team to strengthen consumer awareness of the THAI brand as it celebrates its 45th anniversary of UK operations later this year. The campaign will kick off with THAI showcasing at the forthcoming London Restaurant Festival, sponsoring the gastronomic road trip “Gourmet Odyssey: Flights on Fancy” on 9 October 2018, which will take in the cuisines of Laos, Japan and Australia, promoting the airline’s most popular destinations including Indochina (Vietnam, Cambodia and Myanmar), Tokyo and Sydney.

Nonthakorn Trakulpa, General Manager of THAI in the UK says, “We have a number of exciting plans and initiatives for our 45th year of operation and look forward to leveraging these to deliver increased awareness of our award-winning on-board services.”

Sarah Curra, CEO of Mango PR says, “We are thrilled to have been appointed by THAI. Our role is to build on the tremendous reputation and affinity that exists for the brand in the UK, and increase awareness of THAI as an international carrier serving destinations across Asia Pacific, through an innovative multi-platform campaign that cuts through to the consumer and connects with those with a passion for travel.”

Thai Airways International Public Company Limited (THAI) is the national flag carrier of the Kingdom of Thailand. THAI operates two non-stop daily flights between London and Bangkok with onward connections throughout Thailand and Asia Pacific. In the UK the airline operates with two aircraft types, with summer and winter schedules. Its daily A380 summer service (TG 911) departs from London Heathrow Terminal 2 at 12:30 p.m. and arrives at Bangkok’s Suvarnabhumi Airport at 05:45 a.m. Its overnight B777 summer service (TG917) departs from London at 21:25 p.m., arriving in Bangkok at 15:00 p.m. THAI started operations in the UK in 1973 and celebrates this year the anniversary of its 45th year of operation; in 1973 the flight time from London to Bangkok was 15 hours, now it takes just 11 hours and 20 minutes.

THAI has a subsidiary company called Thai Smile which is a regional airline and has been in operations since 2012. It is intended to serve the market gap between low-cost carriers and full-service airlines. Destinations served by the airline are such as Macau, Changsha, Chogqing, Zenghou and Siem Reap.

THAI is a member of Star Alliance. 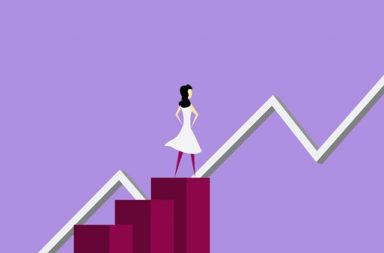 Roman Semiokhin: Why Open Mindedness Is a Key Trait of Successful Entrepreneurs