WOW Air, the low-cost Icelandic airline has launched a new service flying direct from Edinburgh to Reykjavik for just £55.

Passengers flying the route for the first time yesterday were greeted with a traditional Scottish welcoming, a bagpipe player.

With Iceland just a short flight away its a popular and ever growing holiday destination for Scots seeking the scenic and beautiful offerings of Iceland. 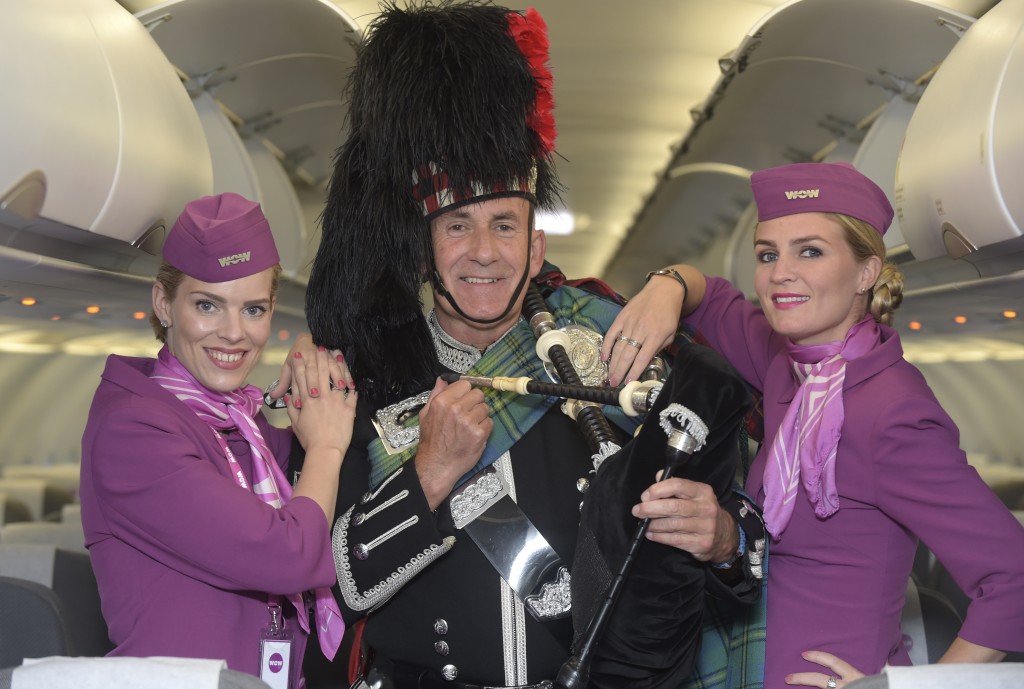 The 2 hour 30 minute flights operates twice-weekly flight from Edinburgh to Reykjavik will run from July to October on Sunday and Wednesdays.

“It’s an extremely proud moment to see the first WOW air plane set off from the runaway at Edinburgh Airport. As our third departure point in the UK, the commencement of this route signifies our continued growth in Britain and our aim to improve accessibility between the two isles. We look forward to welcoming Scottish holidaymakers on board over the course of the summer, en route to memorable adventures in Iceland, the US and Canada.”

“Iceland is an increasingly popular destination for Scottish holidaymakers and this new route also increases choice of flying between Scotland and the United States.

The Edinburgh to Reykjavik flight will be operated by an A320 aircraft, with single-class A321 and A330 aircraft operating the connecting routes between Iceland and North America.

The airline only launched in 2011 but has quickly become a leading budget airline putting a smile on customers faces, more than 20 destinations are in operation including the USA and Canada.