Covimro has developed a food-grade compound which they are hoping will be able to lessen the effects of the seasonal virus.

This compound was used during a study which saw mice administered the treatment. A statement detailing the research, read as follows: “The… testing analysed Covimro’s antiviral capability against an infection of Influenza A H3N2, a flu variant consistent with the seasonal, non-lethal viruses familiar to humans. Once induced, the control group of mice subjects saw the virus replicate quickly, infiltrating their airways and manifesting in comprehensive weight loss. 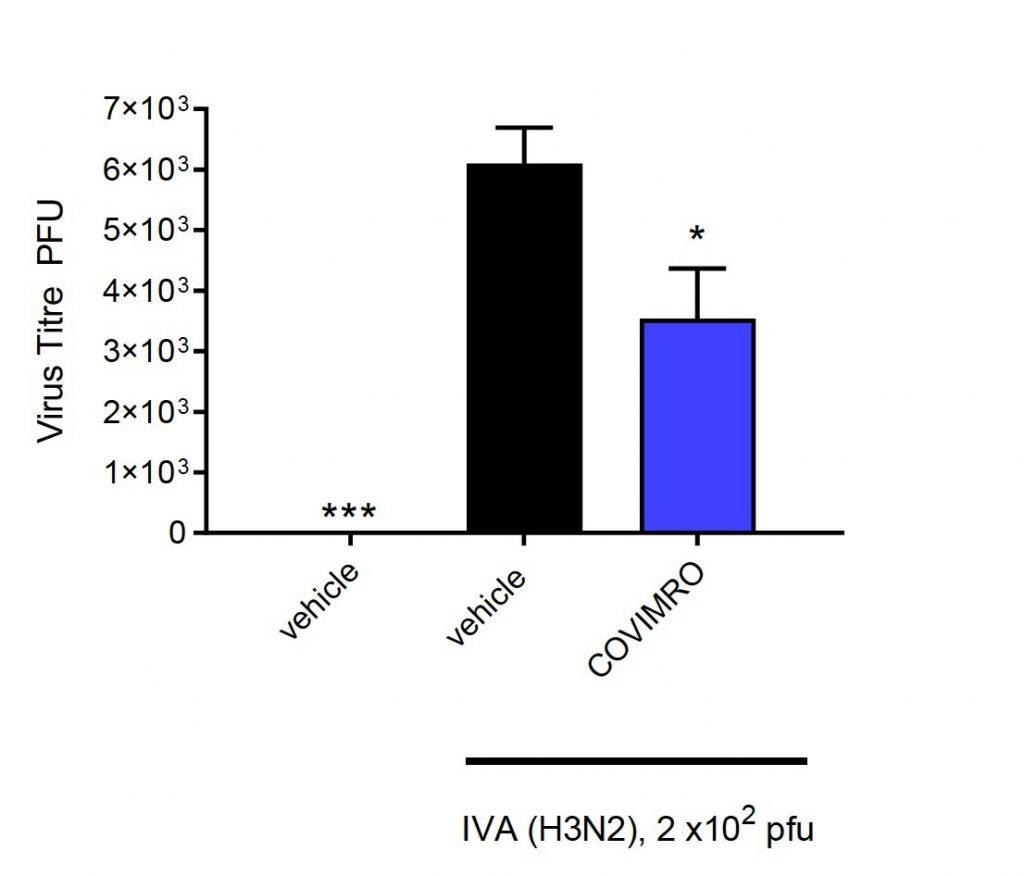 “Subjects receiving the Covimro treatment trended toward a drastic reduction of the infected cells that replicate within the lungs and inflame the airways. This effectively slowed replication and shielded against the drastic weight loss experienced by the control group.”

The research was carried out by A-IR Research and Pharmidex Pharmaceutical Services. Dr. Ross Walton, who was involved in the research, discussed the efficacy of the compound.

James Lindberg, Founder and CEO of the Covimro shared his vision for the future for the biotech company.

He said: “The required hallmark for any therapeutic or drug is indeed safety and efficacy. Covimro delivers both with unparalleled results, placing us at the forefront of exploring what this exciting new technology can offer.”

Researchers at both Leeds University and Oxford University are investigating other uses for Covimro.